My Life Is A Testimony…and so is Yours! 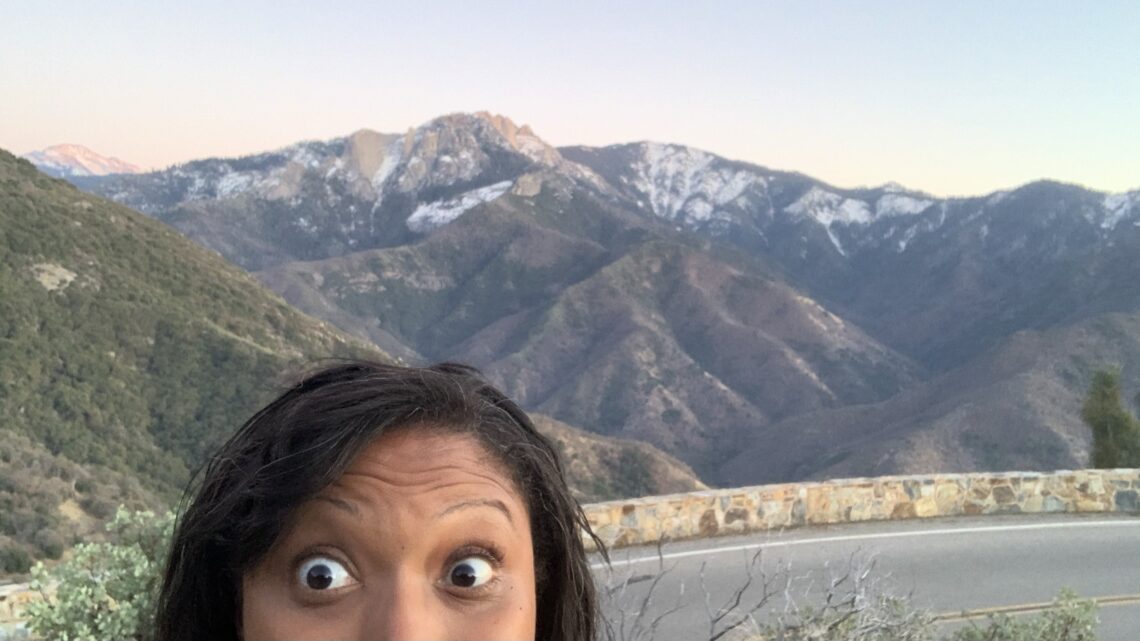 ❓Do you know what it feels like to see 👀 a destination 🗺 and wonder if you’ll make it there? Then, after you’ve decided to start the journey🚉, and you are almost there, someone steps in 🙋 to inform you, that your journey will not be ⛔️ able to be fulfilled 😱 because you need special equipment🛠 or specific skills 🤹🏼‍♀️ in order to continue? So you’re left wondering🤔 how much further your journey is going to last 🤷🏽‍♀️, but you still trudged on 👣 because you’ve come too far to turn back⏮?

YEAH… Well, that’s what happened to me yesterday!😳

Seeing that it was Sabbath afternoon🕊, I decided to pick a mountain ⛰ spot on the map 🗺 and take a drive 🚙 with Kenesha & Daddy (aka God).

🕒 3 hours, it what Google maps said. With pee 🚽 and gas ⛽️ breaks, 5 hours was more like it. But the view and the scenery was inspiring🏜. About 1.5 hours into our journey, I noticed some mountains in the distance, and I saw white on the peaks🗻. I said, “Is that snow❄️?”  “No! That’s snow❄️ !“ “There’s snow in California!” But enjoying the sun 😎 and the drive, we paid no attention. That was until we exited off the highway🛣, only to realize the mountains that were far away were now much closer. 🖼

With our destination 🛤 in mind and the marvel of the mountains as just a distraction📷, we didn’t put two and two together until we pulled into the park entrance 🏞 to see the sign⚠️ “Chains⛓ needed along the path🥾.”

We dressed for summer🩳, and here was winter 🥶 presenting itself. We thought we were 🆗 not going up where the snow was. That was until we pulled up to the gate ⛩, only to be told that the exact things we wanted to see, the Giant Sequoia Trees🌲 and a scenic sunset 🌄, were located at exactly where we were now being told we could not 🛑 go unless we had chains as they had just had a snowstorm 🌬⛈ a few days before.

We took a chance, paid 💵 the informing yet non-joyful 💂‍♀️park attendant 💂‍♀️the entrance fee and said, “We’ll go as far as we can.” HOWEVER, if you know me… I automatically took that as a challenge🧗🏽‍♀️. We had already driven through summer☀️, spring 🌱and fall 🍂 to get here; now, we could touch 🤚🏽snow in California🇺🇸 … WHY STOP NOW⁉️ 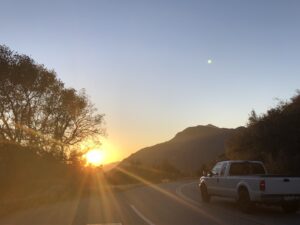 🏔3000 ft up… we were in awe of the view that every peak and turn presented🌅
🏔By 5000 ft… we saw cars on the descending↙️ side pulled over, taking off their chains ⛓
🏔At 6000 ft… remnants of snow❄️ and Canadian winters🧣started to appear.

As we ascended ↗️ with excitement🤗, we watched how many descending cars had on chains—less than 30%. We keep going ⏩. As we continued uphill, we began to cry out in laughter 🤣 because we realized we were Canadians 🇨🇦, and the California term for “snow” was the code word for “snow dust”🌨in Canada.

I won’t lie; there was a point where the ground had slush on it to make us question💬, should we carrying on. Kenesha said yes, turn back🔙, as she hurried to put her sweat pants on…  but she didn’t remember 🙇🏽‍♀️ who she was with. With a little “convincing🗣,” we agreed we’d go as far as the car would allow… and that’s what we did.

WE WENT ALL THE WAY TO THE PARKS 🚧“DO NOT PASS BORDER”🚧… and there we were: 2 girls 👯‍♀️ from Canada found winter ⛄️ in California. 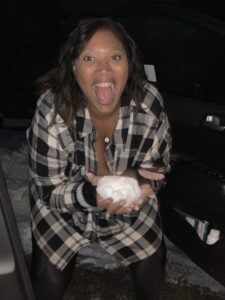 The moral of the story… 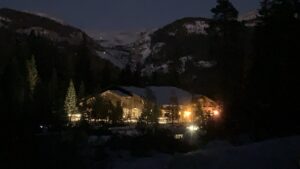